Strong storms roared across middle Tennessee leaving quite a trail of destruction. The "Preliminary Storm Reports" list is one of the longer ones I've seen in quite some time. 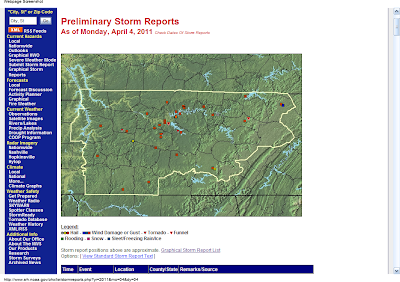 Here in Cookeville, a funnel cloud with debris in the air was reported in Algood by a trained storm spotter. Also, damage was reported at Prescott Hall on the campus of Tennessee Tech along with the old Prescott Middle School on 10th street just off the campus of the university.


We'll have much, much more on this in the coming days.