There was an explosion at approximately 8:15 p.m. this evening at Gaylord Opryland Resort & Convention Center. While it is still early and the investigation is ongoing, authorities have said that the explosion appears to be mechanical in nature. There are no reported injuries at this time. The hotel is sold out and was full at the time of the incident. The entire hotel has been evacuated while authorities investigate the scene. The Nashville Fire Department, Nashville Police Department are on site and structural engineers are currently inspecting the building before guests and STARS (employees) are permitted reentry to the resort. Gas lines to the hotel have been turned off at this time. The hotel's STARS are distributing water, sodas and snacks to the evacuated guests while they wait outside on the lawns. Additionally, the resort's motor coaches have taken guests to the adjacent Grand Ole Opry House for refreshments and air conditioning while they wait. The authorities are working quickly to clear the facility for reentry.

BREAKING NEWS FROM NASHVILLE:
Word is coming tonight of an explosion at the Gaylord Opryland Resort and Convention Center in Nashville, Tennessee. The entire hotel complex has been evacuated. No injuries are reported. 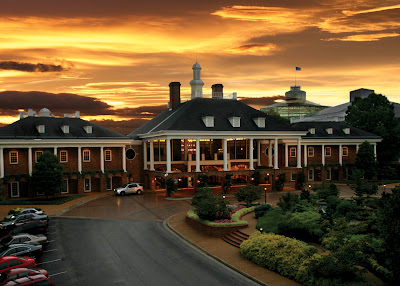 Kim Lawson with the Nashville Fire Department tells local NBC-affiliate WSMV there is a smell of natural gas in the area.

Interestingly, there were about 3000 county sheriffs attending the 2012 National Sheriffs Association Conference when this incident occurred.

You may remember the hotel flooded back in May 2010 and was closed for months when the Cumberland River rose out it's banks due to nearly 20" of rain falling in two days in Middle TN. 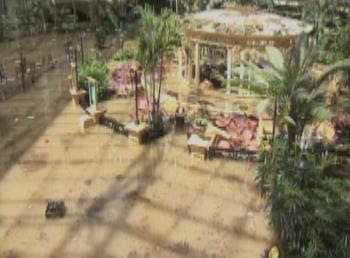 at 9:41 PM
Email ThisBlogThis!Share to TwitterShare to FacebookShare to Pinterest
Labels: opryland hotel

On the scene at Opryland...statement is accurate. Folks sitting around and staff handing out snacks and drinks.

Thanks for that update on what was going on during the time you all were waiting.