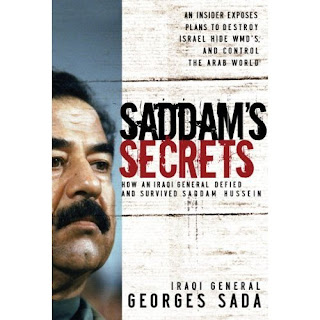 Author Georges Sada (author of "Saddam's Secrets), a former Iraqi General under Saddam Hussein, will be a special guest at Trinity Assembly of God in Algood, TN this Sunday at both the 8:30 and 10:30 worship services. Sada will speak along with Iraq missionairy Terry Law. Both men are working hard daily to feed the people of Iraq and to show them the love of Jesus Christ.


Georges Sada was one of Saddam's top generals and foremost military advisors. A devout Christian in a Muslim country. He stood up to Saddam even at the risk of his own life. We are thrilled to have him speak once again at our church!


Sada will also speak at the 7 p.m. service on Sunday night at Trinity. I'll provide a link below for directions to the church for anyone interested in hearing this courageous man. 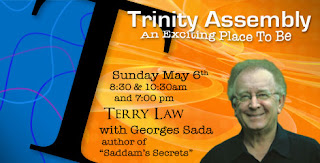 at 8:34 PM
Email ThisBlogThis!Share to TwitterShare to FacebookShare to Pinterest
Labels: miscellaneous