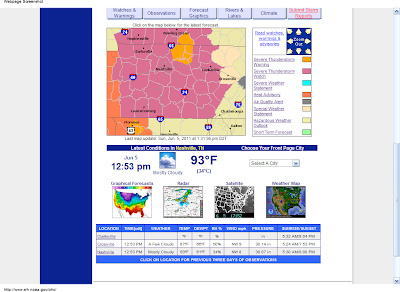 Severe storms are blowing up across the northern sections of middle Tennessee this afternoon. There have already been a handful of reports of 50+ mph winds reported in the Gallatin (Sumner County), TN area along with 1/2" hail also reported nearly Gallatin, Goodlettsville (north of Nashville), and White House (in Robertson County, north of Nashville).

Locally, expect these storms to march through later this afternoon. Also expect dangerous lightning, heavy rains, possible large hail, and damaging winds. The atmosphere is quickly becoming unstable and that will contribute to development.