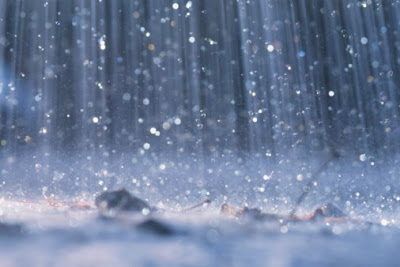 August was cooler and more wet than normal BUT we went the last 11 days with no significant precipitation. Today, on September 1, that streak came to an end with more than a 1/4" of rainfall. Some areas to our south received much more rain this morning including 1.12" on Paul Golden Road near Sparta.

TODAY'S FORECAST:
Today's forecast is for a 60% chance of thunderstorms mainly this morning with a high this afternoon of 86°. South winds will become southwest during the afternoon. For tonight, expect a 50/50 shot at scattered thunderstorms with a low of 72°.

LABOR DAY FORECAST:
Your Labor Day forecast is for a 50% chance of thunderstorms under a partly sunny sky and a high of around 86°. I don't expect it to completely ruin your outdoor activities on Monday.

at 8:20 AM
Email ThisBlogThis!Share to TwitterShare to FacebookShare to Pinterest
Labels: August 2013, did you know, forecast, Labor Day

Loving did you know?