My parent's treated us to a trip to the Annual Houseboat Expo in Louisville, KY. It was very interesting.

This was TOO COOL! The first picture is my parents with my daughter standing next to a helicopter on top of a houseboat. For $200K, you get the chopper and lessons to earn your pilot's license to fly the thing. You can order a helicopter pad for your houseboat. What a deal! 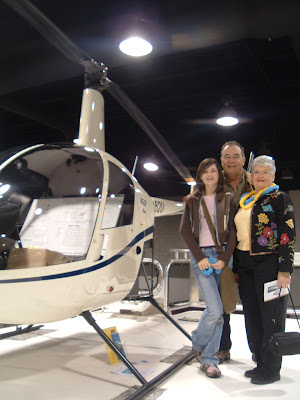 As we were checking out of the motel this morning, a band of snow showers greeted us! 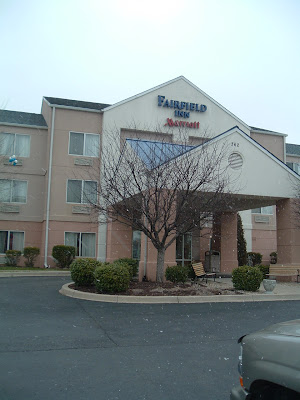 We, then, headed out to see where my parents lived some 44 years ago. I was a baby and didn't remember living there. Here's a picture of the apartment. These apartments were built in World War 2 for the people who worked in the munitions (weapons) factory in Louisville. My parent's commented they were "OLD" when we lived there in '63....they are REALLY old today! 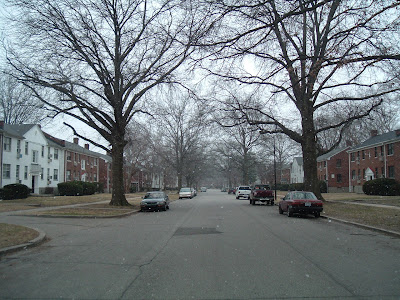 We walked through houseboats that went up to $600,000 in price! Talk about sticker shock. These things were nice. Each company tries to outdo the other. You can definitely live on these boats, but more than 96% of owners use theirs as a '2nd home'!

Back here in Cookeville, it is BREEZY and cold...temperatures hovered in the 40's most of the day....we did hit 52.8 around noon, but it has fallen ever since. Wind Chills are CHILLY! We're in the 20's right now. Our high wind gust today hit 27.3 mph around 1 pm.

Overnight, it'll be cold and continued breezy under cloudy skies...can't rule out a stray snow flurry or two.

at 5:09 PM
Email ThisBlogThis!Share to TwitterShare to FacebookShare to Pinterest