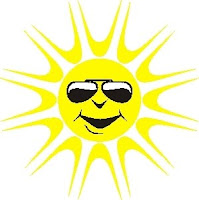 ONE MORE SUNSHINE-FILLED DAY: Expect today to be quite nice after a chilly start (lower and mid 40's) this morning. Highs under partly sunny skies will be in the upper 60's. Beyond today, the changes are coming. Rain enters the forecast for tonight, tomorrow, and Wednesday. High temperatures will be much cooler than what we've experienced over the last several days!

*Weather History for This Date*
On November 16 in history ..courtesy of: The Weather Company
1958 - Tuscon, Arizona records 6.4 inches of snow.
1959 - In the middle of the most severe November cold wave in history, Lincoln MT reached 53 degrees below zero, which established an all-time record low temperature for the nation for the month of November. The high for the day was one degree above zero.
1987 - A blizzard across eastern Colorado drops 37 inches at Echo Lake and causes wind of 68 mph at Pueblo.
1989 - Continuation of previous day's severe weather outbreak produced 22 tornadoes from Virginia to New York State. At 12:05pm, a straight-line wind gust blew down the cafeteria wall at the East Oldenham Elementary School near Newburg NY. 9 students were killed. A lady was killed in Manhattan when an I-beam was blown from a 21 story building.
1999 - Hurricane warnings were in effect as late-season Hurricane Lenny was threatening Puerto Rico and the Virgin Islands. Lenny was a Category 3 hurricane with top winds of 115 mph. Lenny was not only unusual because of its late-season strength, but because of its forward movement. Lenny was moving from west to east across the Caribbean. Lenny was the first hurrincane in recorded history to threaten Puerto Rico from the west, as most storms move east to west across the Caribbean. The unusual motion meant that some harbors normally protected from hurricanes were threatened.
1999 - The calendar said November, but you couldn't tell it by the temperature readings over the western United States. More record highs were set across the west, including 89 in Phoenix, 74 in Provo UT and 70 in Cheyenne WY.

*Fun Weather Site of The Day*
Remember, this is Winter Weather Awareness Week. All sorts of good information at the Huntsville, AL WWAW site.

Lastly, you can read my latest weather post over the Examiner website where I handle duties as the Nashville Weather Examiner.
at 5:45 AM
Email ThisBlogThis!Share to TwitterShare to FacebookShare to Pinterest
Labels: cookeville almanac, forecast, weather history