Expect a chilly overnight with frost developing by 3 am and lasting until around 8 am. The coldest temperatures will be right around the freezing mark in the higher elevations of the Cumberland Plateau.

Be sure to cover any sensitive vegetation. This is a killing frost and some areas could see freezing temperatures for a time. These areas include the Highland Rim and the Cumberland Plateau. 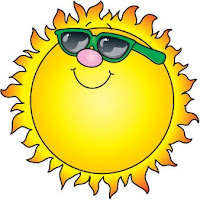 After areas of morning frost, I expect we'll warm up nicely under sunny skies and will hit the upper 60's with some folks seeing 70° for the high. Rain returns Thursday night and into Friday although chances are slim for now. Highs Friday near 70° under a cloudy sky.

Saturday is expected to be partly sunny and nice with a high of 76°. Ditto that forecast for Sunday with a 30% chance of thunderstorms and a high of 76°.

TITAN FORECAST:
Showers hold off for the game with temps in the upper 60's for kickoff and dropping through the 60's during the game. Should be a fairly nice evening with calm winds. Let's go and whip those Steelers!