Let's look at the latest, including the all important Friday night Upperman football forecast and the Monday night forecast for the Cookeville Christmas Parade.

VERY COLD MORNINGS:
We started this morning at a chilly 19.9° which is actually several degrees warmer than the 13.3° on Thanksgiving morning. I'm sure some of you were out doing your Christmas shopping in those temps, but I was fast asleep and warm in my bed!

FRIDAY IS WARMING UP:
Friday is expected to be nice as temperatures have warmed quickly. We are already in the 40's this morning and expect to end up around 50° under a sunny sky. Winds will generally be light. For tonight, expect cold temperatures once again with the low in the middle 20's. 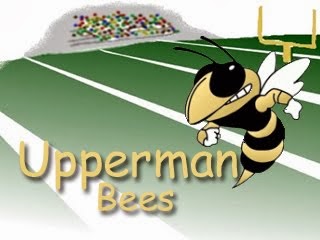 UPPERMAN FORECAST:
If you're traveling to Alcoa tonight (remember that Alcoa is on eastern time) in support of the Upperman Bee's quest of a berth into the Tennessee State Football Championship game, I'd encourage you to dress warmly. Game time temps should be in the 40's but will drop through the 30's. GO BEES!

WEEKEND FORECAST:
Look for continued sunny skies and warming temperatures the rest of the weekend with highs in the 50's. I do think we'll see some increasing clouds on Sunday.

COOKEVILLE CHRISTMAS PARADE:
Expect a slight chance for rain on Monday (only 20%). Don't think it'll be any problem for the parade which starts at 7 pm. Dress warmly as temps will fall into the mid 40's during the festivities.